Goethe-Zentrum Hyderabad is pleased to invite you to a talk on modern Gernam film, which will open our special cultural program "Destination Deutschland" 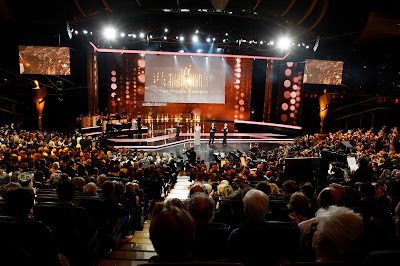 The new millennium since 2000 marked a beginning of a new era for the German film industry. German cinematography is enjoying its renaissance with bigger-budget films, good returns and growing audience. But what do we know about about the latest developments in German cinema? Prominent names, remarkable films, new trends? This will be discussed in a talk of Robin Mallick, programmes director of South Asia at Goethe-Institut New Delhi and a former festival director at Filmfest Dresden. The programme will also include screening of short films by young German filmmakers.

About the speaker:
Robin Mallick was born in Wuppertal (Germany) in 1970. After finishing studies of International Cultural and Business Studies at the University of Passau (Germany) and at the Universidad Complutense de Madrid (Spain), he moved on to Dresden. From 2000 until 2009 he was festival director at Filmfest Dresden - International Short Film Festival. In addition he was general secretary of the European Coordination of Film Festivals, which comprised a network of some 250 festivals, between 2002 and 2007. Since June 2009, he has worked as regional programme director South Asia at Goethe-Institut / Max Mueller Bhavan New Delhi.

About "Destination Deutschland”:
This talk will open “Destination Deutschland”, to be held from 10th to 16th July 2015. This is a special cultural program which allows visitors to get a glimpse of German culture, language, and way of living right here in Hyderabad. These will be presented through a multimedia exhibition with posters, photography and films; two talks on German culture, and on higher education and research in Germany; and an informal gathering called a Stammtisch.
Posted by Unknown at 14:39